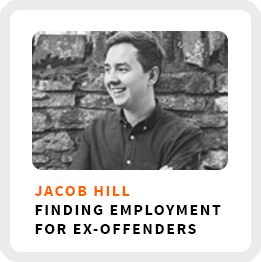 Have you ever hit rock bottom and you weren’t sure how you would ever climb out of the hole you’ve dug for yourself?

I have to admit this story is very inspirational, but also a bit on the heavy side. It’s about the power of second chances.

I’m talking to Jacob Hill, founder of OffPloy.org based in outside of Leeds in northern England. He gets jobs for ex-offenders. In fact, he wants to get 250 ex-offenders jobs by the July 2019. 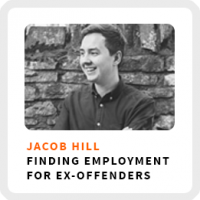 As you’ll soon hear, things took a turn for the worse after that.

Jacob discovered his latest work opportunity when he hit rock bottom. You see, he’s also an ex-offender and was only released last year. In fact, he’s still on probation. I’ll let him share the details of what happened.

Bu after listening to his story, I believe we all have dark times in life, some worse than others. I really do believe we all deserve a second chance and it we all owe it to ourselves to never stop trying to making ourselves better people.

The biggest lesson Jacob learned from all his business failures? He realized to be truly successful, he needed a sense of purpose and spending 9 and a half months in jail gave him the sense of purpose that previously eluded him.

How Jacob Works and Thinks

“My ego was through the roof. I thought I was indestructible because I couldn’t take the fact that I ultimately failed.”

“I think going to prison was one of the best things to ever happen to me.”

Jacob believes in these action steps when it comes to finding your purpose:

1) Mashup passions: Find two things you absolutely love doing and see if you can connect them.

2) Make a quantifiable goal:  Create a specific, measurable target and make yourself accountable.

The All In Startup by Diana Kander