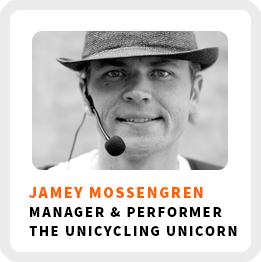 Jamey Mossengren exemplifies how to just get paid for being you. He’s going to share how to make a living as a street performer. Honestly, he’s SO much more than that as you’ll soon learn!

We have a category in our podcast archive called, Be Yourself. It’s all of our interviews with solopreneurs who have built their business in complete alignment with their values, needs and abilities. They are getting paid to be themselves!

Jamey is really his most authentic self. He wants to share his journey to making a living as a street performer. 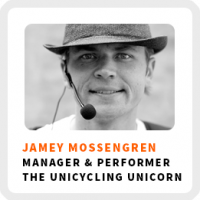 I met Jamey while traveling in Syndey, Australia in January. I stumbled upon his performance as I was about to catch the ferry to Manly where I was staying.

I was instantly captivated by his engagement with the crowd and his ability to explain the value of what he was offering to them. Not everyone has the necessary set of skills to start making a living as a street performer.

At the end of the day, no one knows they need to be wowed by a street performer until they see someone like Jamey juggling two huge knives and a flaming torch on top of a 12-foot unicycle!

Learn more about his work at The Unicycling Unicorn and check out Jamey’s LIVESTREAM show on April 15, 2020 at 8pm ET on Facebook or Instagram.

I knew I had to introduce him to you, so you would be inspired to give your craziest idea a shot. you just never know how it might turn out!

As you can imagine, the coronavirus has shut down his business completely. He’s not sure if people will even be comfortable in crowds for another year or two.

We ere emailing each other this past week and he didn’t sound too worried, “I’m going to try and do one of my street shows online next week. I have no idea how it’ll go but thought it’s worth a try. I have lots of ideas that I think could work well.

No doubt I’ll figure something out. If not, I’ll just go hike another big trail for 5 or 6 months like I did last summer along the Appalachian Trail.”

Wow! This guy is an entrepreneur after my own heart! Sometimes entrepreneurship isn’t about taking action or pivoting. Sometimes it’s just about having the patience to wait it out.

Lot of great lessons in our conversation including:

How Jamey Works and Thinks

“I do think it’s possible to turn your passion into your career.”

“I’ll never be a millionaire, but I’ll definitely be happy.”

If you have a crazy, out-there idea that you think there’s no way you could turn it into a business, Jamey had this advice:

1) Do it.  Just take that bold step so you’re forced into having to do it.

2) Don’t procrastinate, just do it and think, “what’s the worst that could happen?”

Video I took of Jamey’s performance in Sydney in January 2020.

Photo I took with Jamey just after his performance. 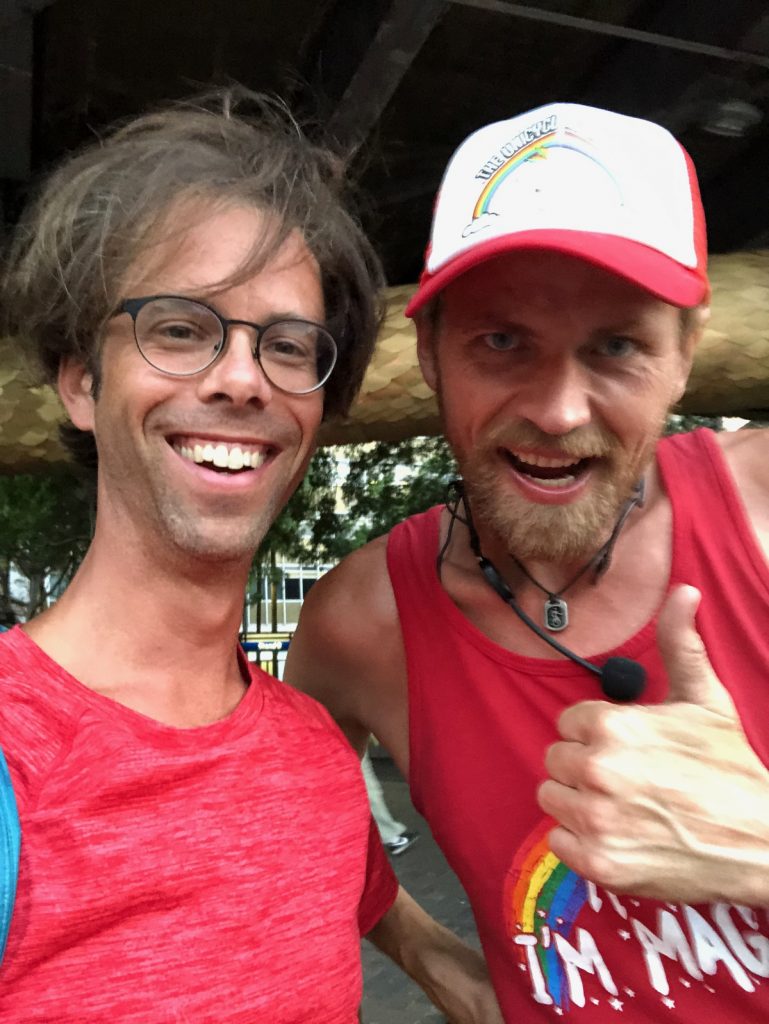