Did you know that after World War II 50% of military veterans went onto start their own businesses?

Sadly, the rate of veteran-owned businesses has plummeted since then. Just over 5% of veterans since 9/11 have become entrepreneurs.

Despite the rate of decline, 10% of all businesses today are owned by vets employing 5 million Americans and generating well over $1 trillion in revenue.

Transitioning back into civilian life is challenging enough, never mind starting a business too!

If you’re a veteran considering starting a business here are some incredible resources to get you started:

Discover how the following 4 veterans use their military skills to launch their businesses. 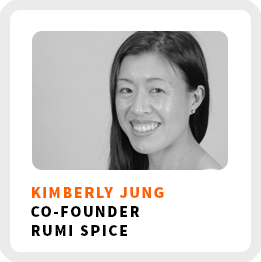 After Kimberly Jung served in Afghanistan she headed to Harvard Business School and then returned to Afghanistan to start a spice company.

When we spoke, she was the co-founder and CEO of Rumi Spice, but has since handed over the reigns to her successor.  Inspired by her experiences serving in the military, her company helped create new economic opportunities for thousands of women in Afghanistan.  Listen to Full Interview

Brandon Webb made making his work fun the guiding principle of his career.

He’s the founder and CEO of Hurricane Group, a network of content brands and products for military and outdoor enthusiasts. Currently, his company is generating an annual revenue of over 8-figures!

He had an incredible journey on his way to making that kind of revenue, he left the Navy Seals at the height of his military career in 2006, lost all his money in his first startup and had what he called a good divorce.  Listen to Full Interview 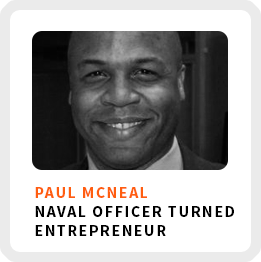 Paul McNeal is the very definition of a serial entrepreneur! After leaving the Defense Reduction Threat Service, he helped a friend launch a news clipping service, which generated $2 million in revenue annual at its peak.

He became a partner at a commercial real estate firm after that, used the IT skills he learned in the navy to help another friend’s business and is currently an advocate for crypto currency. Listen to Full Interview 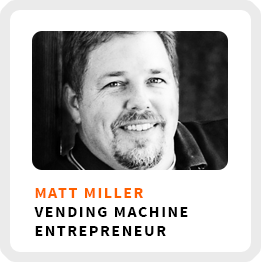 Matt Miller is an air force veteran. After his military career, he spent well over a decade in marketing and advertising sales.

Even with his full-time job and working another part-time job he just couldn’t get ahead financially.

As you read and listen to the stories of why these 5 veterans launched their own businesses, take some notes about recurring actions they took as inspiration for actions you can take to create work that works for you!

This article was written with the help of writer and inner peace coach Jordin James.