Middle-class jobs are growing at a slower pace than low-wage and high-wage jobs. 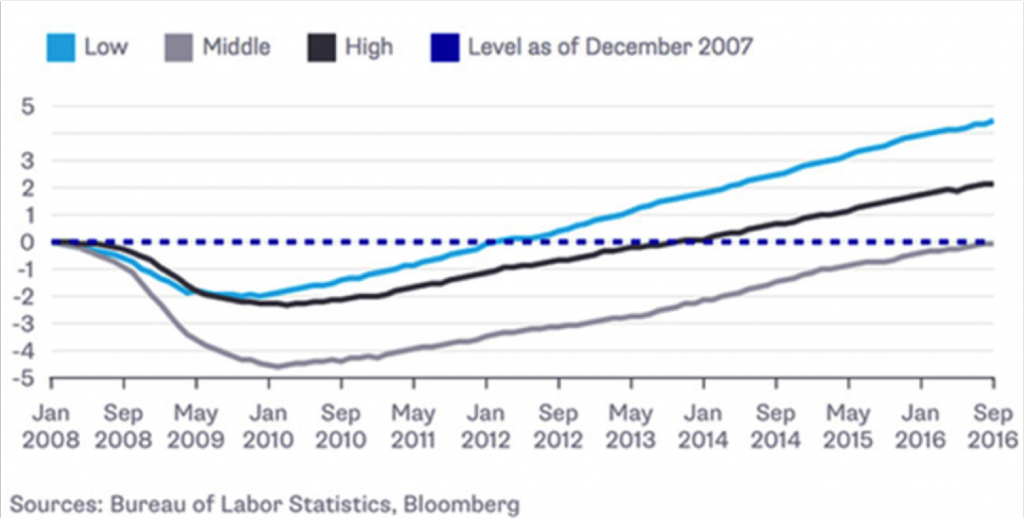 Automation will change work and create more of it than it eliminates.

There are a growing number of occupations that have more job openings than applicants.

The return on investment (ROI) of university degrees is declining.